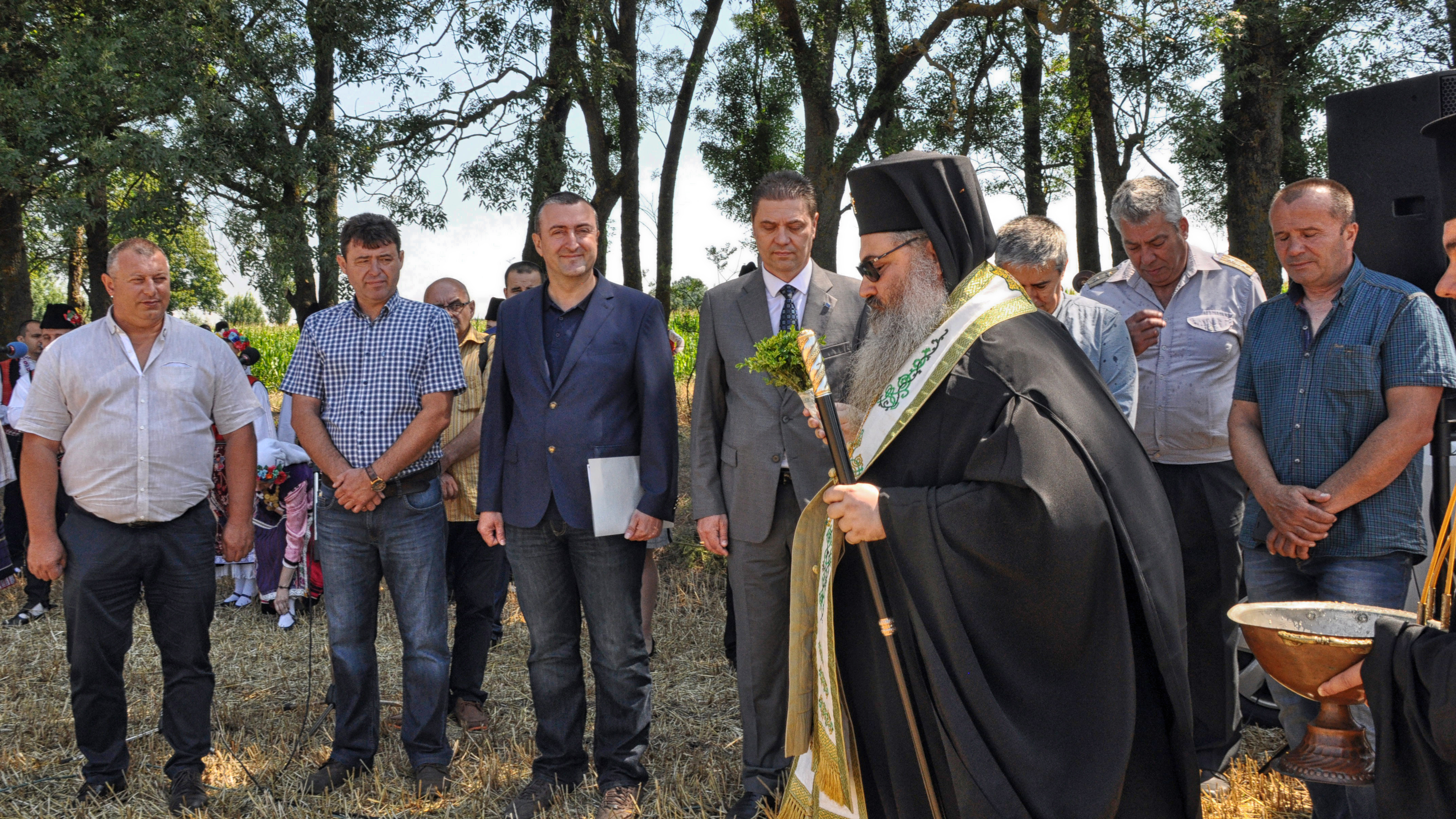 As tradition dictated, the harvest began with a prayer and a “bereket” (“prosperity”) ritual. The Bulgarian rye yield, together with those from the other 11 project partner countries, was sent to be used for the preparation of this year’s “peace bread” during the International “Peace and Agriculture” conference to be held September 2018.

The official guests of the event were Mr. Kostadin Kostadinov, Chairman of the Management Board of the NGPA, Mr. Atanas Dobrev, Deputy Minister of Agriculture, Food, and Forestry, Mr. Krasimir Nikolov, Deputy Head of Dobrich District, and many members of the NGPA.

The Chairman of the Association of the Bulgarian Grain Producers 2006 – General Toshevo, Mr. Steliyan Stoyanov, expressed his gratitude and appreciation for the “Peace Bread” project and its ideas by underlining that “there is not peace without agriculture and no agriculture without peace”.

Bulgaria was the host country for the Fourth International “Peace and Agriculture” conference in 2017 during which the international debate on the Common agricultural policy after 2020 was put forward. The forum took place in Varna in September 2017 and all partner countries were represented by their ministries and nongovernmental organizations.

In September 2018 Latvia and Estonia will co-host the Fifth International “Peace and Agriculture” conference.