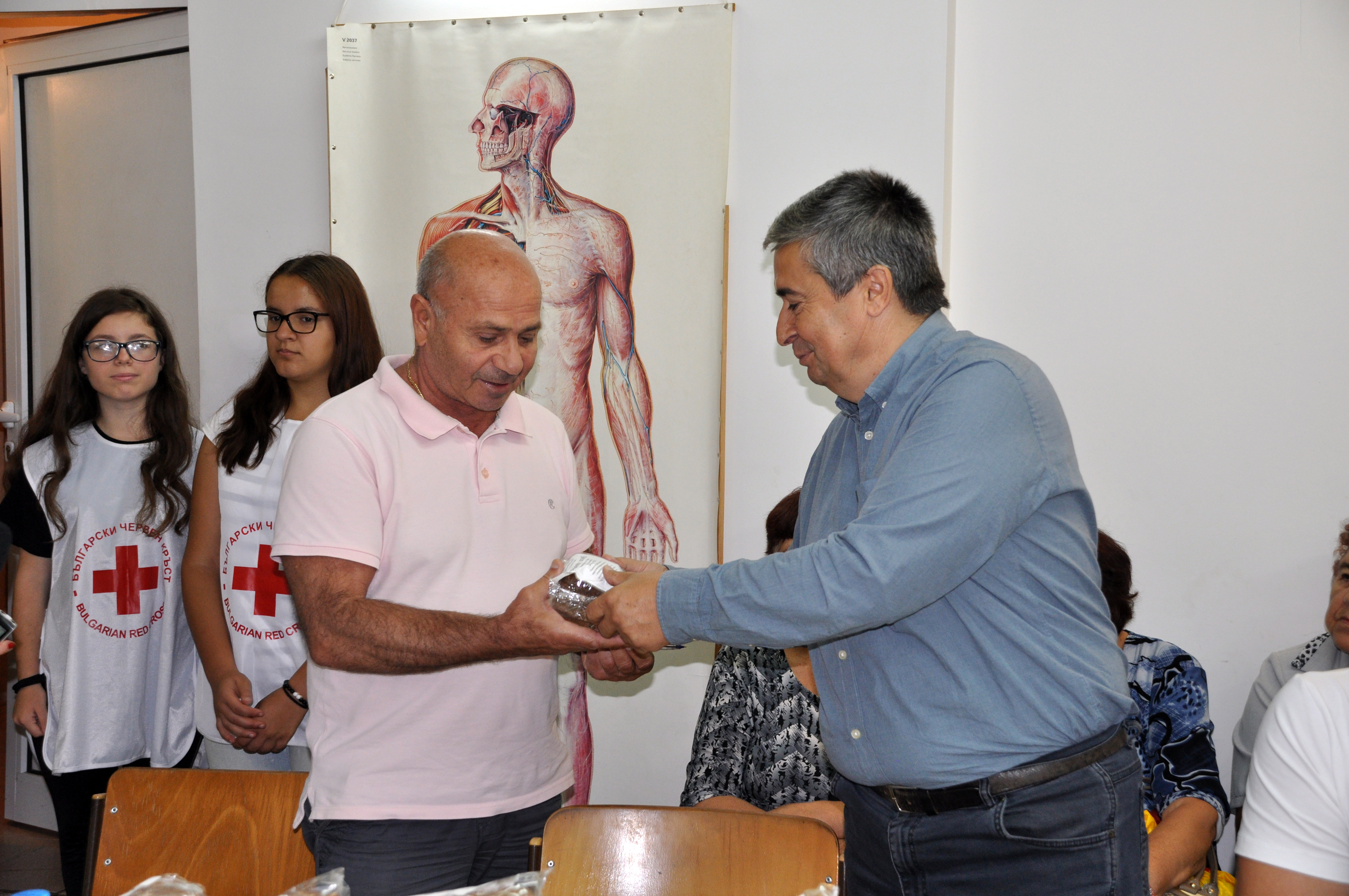 11.09.2018, Dobrich. The annual NGPA initiative of donating rye bread to people in need took place in the town of Dobrich. The rye was produced as part of the “Peace Bread” project by the Association of the Bulgarian Grain Producers 2006 – General Toshevo, a member organization of the NGPA. Together with the Bulgarian Red Cross, the Association donated 600 loaves of rye bread to people with particular nutritional requirements.

During a symbolic ceremony Mr. Steliyan Stoyanov, a member of the Management Board of the NGPA and chairman of the Association of the Bulgarian Grain Producers 2006 – General Toshevo, and Mr. Dobri Dragnev, the president of the Dobrich Regional Council of the Bulgarian Red Cross, donated the bread to the Dobrudja Diabetes Association in Dobrich and the Community Social Care for the Dobrich Region. The donation will be spread out to all 8 municipalities of the region.